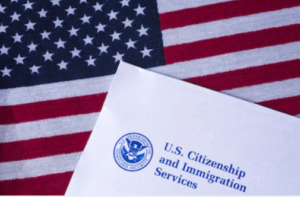 Yuma Mayor Douglas Nicholls withdrew the city’s State of Emergency he issued in April following a surge in migrants attempting to enter the country at a port of entry near the Arizona town.

In a statement, the border city mayor credited the Trump administration’ policies with reducing the flow unlawful border crossings and asylum requests.

“I am grateful to be able to withdraw the Proclamation of Emergency due to the Trump Administration’s policy changes that diminish the flow of the migrant family units to the Yuma area and prevent releases into the Yuma community. Today is a momentous day for the Yuma region as I was able to withdraw the Proclamation of Emergency alongside Acting Deputy Secretary Cuccinelli.”
A 71% decline since May
Nicholls declared the state of emergency in April when the number of migrants apprehended or turned away at the border town surpassed 109,000, according to Fox News. The number then hit 144,000 in May, but has sharply declined since. The number of attempted crossings near Yuma was 42,000 in November, a decline of 71 percent since May.

When Nicholls issued the state of emergency in April, he said “migrant family releases [were] overwhelming the local shelter system.” He also organized a local task force to provide humanitarian support to migrants while he sought federal aid from the White House and the Department of Homeland Security.

Trump measures credited
The Trump administration has implemented a series of measures to reduce the number of migrants approaching the border. Among the new policies were ramping up Migrant Protection Protocols, which returns migrants to Mexico as they await their asylum hearings. Fox News reports that 53,000 migrants have been returned to Mexico under the administration’s policies.

Trump has also sought asylum agreements with regional partner countries, including Guatemala and El Salvador, to accept migrants seeking to enter the United States, rather than releasing them into the interior of the country. In addition, under a new policy, migrants crossing the border will be redirected to El Paso, Texas where they will then be returned to Mexico.

By Giancarlo Sopo for The Blaze
Read Full Article HERE