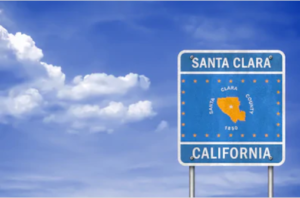 It was a momentous year for Santa Clara County lawmakers as they made major decisions on a wide array of policy issues, including immigration, homelessness, women’s health and foster children’s safety.

Here is a look at the top votes and policy discussions of 2019.

Santa Clara County’s sanctuary city policy took center stage after board members asked the administration to consider changes on U.S. Immigration and Customs Enforcement notifications during its April 6 meeting, which led to eight hours of passionate discussion from residents and local lawmakers.

The sanctuary city policy bars the county from notifying ICE agents when undocumented immigrants are released from jail or honoring civil detainer requests, which would hold immigrants until agents can arrive and initiate deportation. The policy came under national scrutiny after a San Jose woman, Bambi Larson, was brutally murdered by an undocumented immigrant and as President Donald Trump used a series of high-profile slayings to criticize sanctuary policies.

After 56 days of heated debate and finger pointing between the county and the city, the supervisors unanimously voted to leave the policy unchanged, citing law enforcement’s inability to determine whether someone is undocumented while in custody. That vote surprisingly included Supervisor Mike Wasserman, who first brought the referral to the board after Larson’s murder.

In April, Supervisors Cindy Chavez, Dave Cortese and Joe Simitian expressed concerns about limiting immigrants’ rights and accelerating the rate of profiling, but voted to explore changes to the policy. They later reversed that decision. Supervisor Susan Ellenberg voted to not consider any changes.

“I don’t believe we need to go back and study this issue,” Ellenberg said. “We want violent criminals prosecuted to the fullest extent of the law. But we do not and will not have one system of justice for people born here and another for people born anywhere else.”