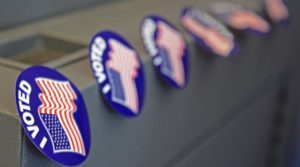 A group of Victoria residents spent their Friday evening willingly engaging one of the country’s most pressing, and often divisive, topics – immigration.

The group was there for an organized discussion to consider questions like whether people who entered the country illegally should have a path to legal status and whether police officers should be required to check a person’s immigration status.

Moderators followed a model established by the Baylor Public Deliberation Initiative, which emphasizes moving away from debating or seeing issues as only having two sides and instead encouraging participants to try to learn from each other.

Vanessa Hicks-Callaway said one area where her group agreed was enforcing the law against employers who hire immigrants who are not in the U.S. legally.

“They are exploiting these people, not paying them a fair wage, not treating them properly,” she said. “As long as those jobs are being offered, you’re going to have people continue to pour in.”

For example, in August, federal immigration officers raided seven chicken plants in Mississippi and arrested almost 600 workers. No charges were brought against the owners or managers of the companies.

Friday’s event was hosted by Center for Peace Victoria and drew about 15 people who split into two groups to deliberate the issue. The nonprofit has also hosted conversations in Victoria on homelessness and housing policy and how to address the political divide.

Although the group was small, there was some disagreement over basic principles. One group butted heads over whether the U.S. was faulted for its immigration policy unfairly compared to other nations. One participant politely corrected another when he used an offensive term for Mexican immigrants while describing conversations about 20th century immigration policy.

Sister Rosario Resendez and Sister Marian Sturm, of The Incarnate Word and Blessed Sacrament, spoke about how their faith influenced their views on immigration.