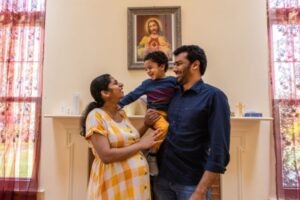 Charu Kothari lost her job last month as a technology-consulting manager at Ernst & Young in New York. Ms. Kothari had applied for a new visa in October—her last visa expired in December—but her new one hasn’t come through.

Ms. Kothari, 33 years old, who is Indian, said the company told her it needed to find someone else to do the job if she wasn’t authorized to work. A spokesman for EY said the company didn’t comment on individual situations. Ms. Kothari and her husband, Pratik, who works in the finance industry, put off making an offer on a home, and have been dipping into savings to make ends meet.

“I’m used to working,” she said. “It’s so traumatic to just sit at home and be dependent on someone else.”

Ms. Kothari is one of tens of thousands of people in the U.S. on visas granted to spouses of foreigners legally employed in the country who have been forced to stop working themselves because of delays in processing visa renewals and accompanying work permits, according to a class-action lawsuit filed on their behalf last month. Ms. Kothari is a plaintiff in the suit.

The delays began with a Trump administration change in visas processing and were compounded by coronavirus-pandemic slowdowns.

The waits are longest for spouses of immigrants working in the U.S. on high-skilled H-1B or similar visas, according the government data. Most of the spouses are women from India, and many have professional careers of their own.

At best, people whose visas have expired have lost several months of pay while they waited for new work authorizations. Some have lost jobs or sold homes because of the lost income.