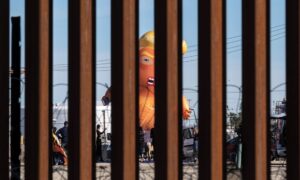 “The moment Trump became a presidential candidate, I was worried because of what his campaign promoted,” Elsa Valle says. “And the moment he was elected, I was sure he would accomplish it.”

A 42-year-old mother of two, Valle was a machine operator at the same New Jersey company for 20 years until the virus shut its doors a few months ago. A native of El Salvador who came to the United States without papers, Valle has been protected from deportation since 2001, when George W. Bush granted Temporary Protected Status — a classification that prohibits deportation to countries devastated by war or natural disasters — to Salvadorans like herself and her husband. The couple’s eldest son later became a recipient of DACA, the Obama-era policy intended to help undocumented immigrants brought to the U.S. as children gain legal status. Their youngest son is a U.S. citizen.

In September, the day after a circuit court affirmed the Trump administration’s decision to end Temporary Protected Status not just for Salvadorans, but Nicaraguan, Haitian, Sudanese, Honduran, and Nepalese immigrants, Valle held back tears. “My whole life I’ve worked, my husband has worked,” she says. “We contributed to Social Security and always paid our taxes. We’ve never needed help.”

In just a few short years, the Trump administration has dismantled the programs that protected Valle’s family, casting their future — along with so many others’ — into doubt. She and her husband are now confronting the fact that they could be facing deportation proceedings within a few months. Their eldest son’s status, at least for the time being, is still protected. (In June, the Supreme Court decided the Trump administration had ended DACA illegally, but in its decision the court outlined the specific steps required to invalidate the program constitutionally, as the administration now plans to do.)