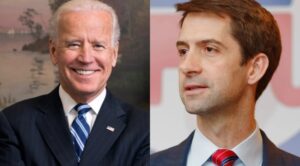 The concerns voiced by critical Republican politicians don’t stand up to serious scrutiny.

The surest way a president can stir up controversy is to make changes to our immigration system. President Biden’s latest move to boost the number of refugees the US accepts this year has been no exception.

“President Joe Biden formally raised the nation’s cap on refugee admissions to 62,500 this year, weeks after facing bipartisan blowback for his delay in replacing the record-low ceiling set by former President Donald Trump,” the Associated Press reports. For context, a “refugee” is formally defined as “someone who has been forced to flee his or her country because of persecution, war or violence.”

The president quickly took to Twitter to defend his decision.

“The U.S. Refugee Admissions Program embodies our commitment to protect the most vulnerable,” Biden said. “It’s a statement about who we are, and who we want to be. That’s why today, I revised our annual cap from 15,000 — a historic low set by the previous administration — to 62,500.”

In response, some Republicans decried the move as dangerous and misguided.

“The only thing Biden’s consistent on is caving to the radical Left and putting our safety last,” tweeted Congressman Brian Bain, a Texas Republican. “Inviting in tens of thousands of unvetted refugees—including those from terrorist hotbeds—is insanely irresponsible and will lead to another crisis.”

“Increasing the refugee admissions cap will put American jobs and safety at risk,” GOP Senator Tom Cotton concurred. “The Biden administration should be focused on getting Americans back to work.”

But these concerns don’t hold up to serious scrutiny.

While it’s understandable that some may worry about potential security threats from accepting refugees, we already have an extensive vetting system in place. Our system of refugee acceptance is incredibly safe.