Home Resources Why restrictive immigration may be bad for U.S. entrepreneurship 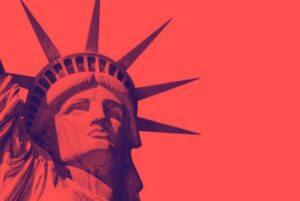 UOMA Beauty is less than two years old, but its founder and Nigerian native Sharon Chuter has already commanded attention from her billionaire cosmetic competitors. Belgian fashion designer Diane von Fürstenberg created the wrap dress in the 1970s, marking a milestone in U.S. fashion. The Burmese and Chinese Cherng family is the mind behind food court staple Panda Express — which in 2019 employed 39,000 people. And Google wouldn’t be Google without Russian-born Sergey Brin.

Immigrant entrepreneurs have shaped the American economy for centuries, and they continue to do so today. A recent count estimates 17% of the U.S. workforce is comprised of immigrants.

And while there’s a sense that “immigrant entrepreneurship is quantitatively important,” said MIT Sloan professor of managementPierre Azoulay, the White House has criticized immigrants for their alleged negative impact on the U.S. labor and wage markets.

But a new study from Azoulay and co-researches Benjamin Jones, J. Daniel Kim, and Javier Miranda, finds that when it comes to entrepreneurship in America, “immigrants appear to be more entrepreneurial than the native-born, and their firms create a lot of jobs.”

Not only are immigrants 80% more likely to start a business than those born in the U.S., the number of jobs created by these immigrant-founded firms is 42% higher than native-born founder firms, relative to each population.

“The fact that the numbers are what they are, at least should make you worry that if you close the country to immigration and if you make the life of immigrants harder than it needs to be once they’re here, it makes it plausible that this might have negative repercussions on entrepreneurship writ large, and for job creation,” Azoulay said.

The rate of entrepreneurship

To study the impact of immigration on entrepreneurship, the researchers analyzed three datasets, which represent more than 1 million businesses.