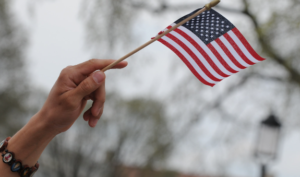 Joseph Long might have voted Democratic in Tuesday’s California primaries – if, he said, those candidates had made a strong argument on immigration.

Instead, the 25-year-old construction worker and political independent said he’ll cast his ballot for Republican primary candidates because he’s worried about inflation and a rising cost of living.

“Both (parties) are missing something” on the immigration debate, he said.

Analysts said Long is hardly alone in his thinking.

As majorities of Republicans express belief in the tenets of the far-right white nationalist “great replacement” theory and Democrats fail to lead on immigration, analysts and voters said worries over surging prices, gun violence and more are crowding out a vital issue for much of the country.

Long is a white man in an adopted Hispanic family. His grandfather came to America from Mexico on a visa, joined the military and became a doctor in the Air Force.

Immigration issues in California and across the country “should probably receive more attention,” he said.Among the states with primaries Tuesday, California has more than 11 million immigrants – more than any other state in the USA. At least 1 in 4 New Jersey residents is an immigrant, and immigrants make up 9% of the New Mexico population, according to the American Immigration Council.

Immigrants are essential workers on farms and in food service and hospitality sectors, among a range of other industries.

But immigration and troubles at the border are overshadowed by other anxieties on the minds of voters, including historic inflation, brutal acts of gun violence, expected overhauls to reproductive rights and the pandemic.

For example, Long is voting based on what he experiences every day: high gas prices, a large population of homeless people and high taxes.

The average gas price in California was $6.25 a gallon Friday, according to AAA – the highest price in the country.