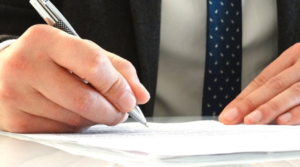 Corporate lawyers at Paul Weiss, a prestigious Manhattan law firm, often spend their days scouring the fine print of client documents and government regulations. But for the past few months, they have been on a different search.

In the firm’s Midtown offices, about 75 lawyers have been trying to find more than 400 parents who were separated from their families at the southern border this year and then deported without their children.

Paul Weiss, where partners charge more than $1,000 an hour and clients include the National Football League and Citigroup, is looking for these parents, pro bono, as part of a federal American Civil Liberties Union lawsuit against the Trump administration over its family separation policy.

Big Law — a nexus of power where partners are often plucked for top government posts — has emerged as a fierce, and perhaps unexpected, antagonist to President Trump’s immigration agenda. While pro bono work is nothing new, over the past two years, major law firms have become more vocal and visible in pushing back against the administration’s policies.

Top firms have a well-earned reputation as cautious defenders of the establishment, and immigration is generally considered a safe area for pro bono work because it rarely conflicts with corporate clients. Still, both supporters and critics of the president’s agenda have noticed that large firms have been behind several of the biggest court battles.

“What’s different here is that the firms are on a wholesale basis, and dramatically, challenging the behavior of the White House,” said Stephen Gillers, a law professor at New York University and an expert in legal ethics.

Hogan Lovells, which has more than 2,500 lawyers and revenues that topped $2 billion last year, challenged the travel ban and is one of several firms opposing the administration’s plan to cut federal funding to so-called sanctuary cities.

Covington & Burling, a century-old Washington firm with clients such as Uber and JPMorgan Chase, has fought to preserve Deferred Action on Childhood Arrivals, known as DACA. WilmerHale, another prestigious Washington firm whose top clients include Facebook, represented Chicago in its own successful sanctuary cities case and filed a lawsuit to compel the administration to disclose data on family separations.