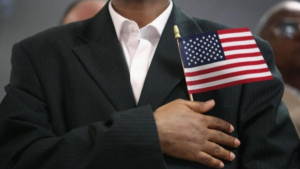 Republican Attorneys General have been relentless in trying to block President Biden from allowing immigrants to remain in the U.S. — but the country needs more immigrants to ease its labor shortage, slow wage inflation, increase economic growth, and create more jobs.

Even if it passed, the Farm Workforce Modernization Act currently stuck the Senate wouldn’t admit more working-age immigrants. The Biden administration should adopt new policies that do. Not only would it be good for the economy, it could also engender voter support and help preserve Democratic majorities in Congress.

Biden’s current “fair and humane” approach to immigration is not resonating with voters. Democrats are being excoriated by Republicans for being too progressive and by their own party for not being progressive enough.

Voter opposition to Biden’s plan to lift Title 42, which empowers the administration to block immigrants from entering the U.S. to prevent the spread of disease, reflects strong voter resistance to admitting more immigrants.

Hostile immigration policies and false rhetoric during the Trump administration effectively stifled immigration, which had already been falling since 1995. In 2019, even before the pandemic hit, aggressive enforcement brought immigration from Mexico to a halt. The result was zero growth in working-age immigrants, down from an average of 660,000 in the preceding years.

The Biden administration needs to debunk baseless denigration of immigrants to get voter support for a more pro-immigration policy. In March of 2020, Trump stopped hundreds of thousands of migrants from entering from Mexico by falsely claiming that “tremendous infectious disease is pouring across the border.” Trump’s allegation that immigrants are “criminals” was a lie. In fact, the incidence of crime among immigrants is substantially below that of native-born Americans.

And — contrary to another Trump claim — immigrants don’t steal American jobs. In fact, they create more jobs than they take.

The Trump administration took over 400 executive actions to reduce immigration. Those actions, combined with his denigration of immigrants, resulted in the lowest inflow of immigrants from Mexico (around 200,000) on record since 1960.