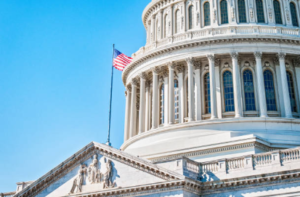 “Democrat lawmakers care more about illegal aliens than they care about their own constituents,” President Trump said at his recent rally in Cincinnati, reiterating the point he made earlier when he criticized Democrat Representative Elijah Cummings for complaining about conditions at the border while ignoring the terrible plight of his own constituents in inner-city Baltimore.

Liberal media types will dismiss the President’s latest remark as “racism,” like always, but that only means that they’re either too obtuse or too blinded by partisan rage to recognize that Donald Trump is really just sounding the alarm about a crisis that has been allowed to fester for decades by Democrat public officials who are too busy chasing national headlines to pay attention to the problems in their own backyards.

The phenomena the President described are very real — the poor, mostly black residents of many Baltimore neighborhoods have been forced to put up with levels of violence and squalor that would turn the stomachs of white, liberal suburbanites. Instead of facing that reality and demanding change, those left wing suburbanites just ignore it.

It’s not just Baltimore. The irony of today’s Democrats is that they espouse values claiming to care for minority communities, but in reality the low-income communities they represent are mostly populated by minorities who have had their economic interests betrayed at every turn by the Democratic Party’s dedication to fighting for open border policies.

Study after study has shown that native-born black men are the group that suffers most from mass, low-skilled immigration. The fact is that black people, particularly black men, on average have less education and fewer specialized skills than native-born Americans as a whole. This isn’t simply a function of something wrong in their community; this is the result of something wrong with the leadership in their communities.

One study from leading economists at Harvard University, the University of Chicago, and the University of California-San Diego even found that immigration hurt the economic prospects of African American men even more than the crack cocaine epidemic of the 1980s and ‘90s.