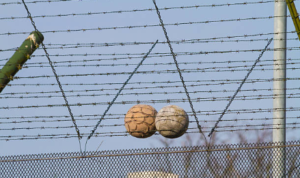 In July, The American Conservative ran an eye-opening article in which reporter Barbara Boland explored how lucrative the detention of immigrants has been for the private prisons that house “[t]he vast majority of people jailed by Immigration and Customs Enforcement (ICE).”

Boland noted that the two major prison companies, CoreCivic and GEO Group, have contracts with ICE totaling $280 million and $475 million, respectively. And with the average number of immigrants detained every day set to increase from just north of 44,000 last year to potentially as high as 60,000 in the near future, the windfall that these companies make doesn’t seem likely to level off anytime soon.

But private prisons aren’t the only ones with a stake in the immigrant detention economy. The small towns where immigration prisons are located, and public employees nationwide via their pension funds and 401(k) plans, have an economic interest in the continuation of immigration imprisonment as well.

Many of America’s more than 200 immigration prisons are located in small-town America, and these communities view them as job-creating economic engines. They were brought in purposefully. In fact, over the last several decades, private prisons, including private immigration prisons, have been considered a “growth industry.”

Take, for example, Karnes County, Texas. In 2010, the county, located about 50 miles southeast of San Antonio, jumped at the chance to have GEO Group build a 600-bed immigration detention center just outside of Karnes City. This was in addition to an existing facility that GEO Group had run in the city since 1998.

In the lead-up to the new detention center, a former Karnes County judge articulated the economic benefits such an arrangement would bring to the area. Speaking with NPR in reference to the 140 jobs the new detention center was set to bring and the estimated $150,000 in additional tax revenue those jobs would create, the former judge said, “I mean, that employment translates into other money being spent in the county.”