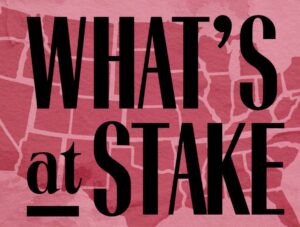 The subject of immigration has long been meaningful to this country. And yet, for a place that purports that the “American Dream” for “everyone,” we sure make it near-impossible to get, especially in the last few years. This country is great because of its diversity—but in the November 2020 election between President Donald Trump and Mike Pence and Vice President Joe Biden and Kamala Harris, that diversity is being threatened more than ever.

Lest we forget, President Trump practically built his 2016 presidential campaign on the promise of building a wall between the U.S. and Mexico. Said Trump in June during a visit to the wall: “My administration has done more than any administration in the history to secure our southern border. Our border has never been more secure.”

But if Biden is elected, much could change when it comes to border security, the regulation of detention centers, and more. Here are a few of the most critical issues in regard to immigration, and where each presidential ticket stands on each.

DACA
A refresher: Deferred Action for Childhood Arrivals (DACA) provides work permits, temporary legal status, and other protections to children brought to the U.S. by undocumented immigrants. The Obama-era program has over 700,000 recipients and counting.

Trump and Pence: In 2017, Trump called for the end of DACA and urged Congress to find a replacement, saying that if they didn’t, he would “revisit this issue!” Fast forward to June 2020, when Supreme Court ruled that Trump couldn’t immediately end DACA. “We do not decide whether DACA or its rescission are sound policies,” wrote Chief Justice John Roberts. “The wisdom of those decisions is none of our concern. Here we address only whether the administration complied with the procedural requirements in the law that insist on ‘a reasoned explanation for its action.'”