Home Congress & Federal Laws What the House Is Thinking on Immigration 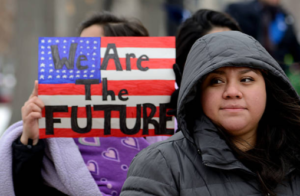 If things bounce the wrong way, the House could put itself on the path to passing a clean DREAM Act as soon as this week. For this to be the only major immigration legislation to pass a chamber of the Republican Congress before the election would, needless to say, be perverse. Which is why intense talks are ongoing among Republicans about how to avoid it.

The background, of course, is the push by moderates for a discharge petition to force action on DACA. The petition is a handful of signatures away from reaching the threshold, and if the moderates want a vote in June, they’d need to push it over the top by Tuesday. So there’s an urgency here. If the discharge petition succeeds, it basically hands control of the floor to Nancy Pelosi and sets up a process where several immigration proposals are voted on and the one that gets the most votes passes — quite possibly a clean DREAM Act.

Moderates in the caucus, one way or another, really want to vote on DACA. The conservatives, for their part, also want a chance to vote on the immigration. The mutual desire to have a vote creates some possibility for common ground, and the factions have been negotiating. A senior Republican aide described to me a possible way to get consensus that has been a focus of the discussions.

It would involve giving temporary status again to DACA recipients, subject to various work and other requirements. After a designated period of time, say, five years, they could apply to become legal permanent residents. This is very conventional. The wrinkle comes in how visas would become available for the DACA recipients. There would be a reduction in current visas in various categories — e.g., the visa lottery — and these visas would be put in “escrow.” Then, the DACA recipients would eventually draw on them to get full legal status.