Home Resources What sort of immigration policies will Trump try to cram in? Families are anxious and looking to Biden 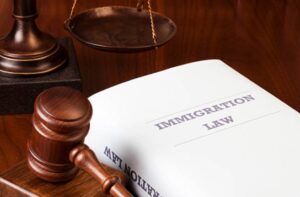 For many mixed status immigrant families — like mine — this post-election period is a time of growing anxiety and fear about what else Donald Trump may do to harm immigrants before he leaves the White House.

It’s not an unwarranted fear. It’s been reported that the administration has recently been in constant communication with groups that advocate for harsher immigration policies.

And Trump’s track record also gives us good reason to worry about what could come. From his first moments in office, Trump has used executive action to advance his racist anti-immigrant agenda. During his first week as President, he issued a sweeping travel ban, which mostly included Muslim majority countries and refugees. And there was another executive order making undocumented immigrants, which mostly consist of people of color, immediately deportable. He has moved to take away humanitarian protections or Temporary Protective Status from 300,000 immigrants from Sudan, Nicaragua, Haiti and El Salvador.

Living under this administration has put my family’s life in limbo. It meant waking up every day fearing that Immigration and Customs Enforcement (ICE), now emboldened to be indiscriminate, could show up to the home of my parents, who were undocumented, and separate us. Trump’s constant efforts to dismantle DACA has held back my brother, Jonathan, one of the hundreds of thousands of young people who benefitted from the program, from planning for the future and pursuing his dream of opening a martial arts academy for children and youth. It also meant that I feared my citizenship application could be backlogged for a long time or denied because of my activism.