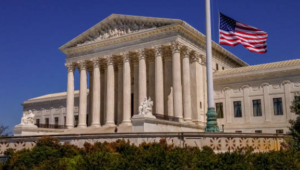 In June 2015, in Johnson v. United States, the U.S. Supreme Court declared unconstitutional the “residual clause” of the Armed Career Criminal Act. The Armed Career Criminal Act provides that if a person is convicted of a crime involving the use of a firearm and the individual has three or more earlier convictions for a “serious drug offense” or a “violent felony,” the prison term is a minimum of 15 years and a maximum of life. The act defines a violent felony as: “any crime punishable by imprisonment for a term exceeding one year … that—“(i) has as an element the use, attempted use, or threatened use of physical force against the person of another; or (ii) is burglary, arson, or extortion, involves use of explosives, or otherwise involves conduct that presents a serious potential risk of physical injury to another.”

The Supreme Court has held that each of these clauses is to be treated as a separate category, and for the Armed Career Criminal Act to apply, a person’s crime must fit into one of the categories. The last category—“or otherwise involves conduct that presents a serious potential risk of physical injury to another”—is known as the residual clause. In Johnson v. United States, the Supreme Court, in an 8-1 decision, declared that this provision was unconstitutionally vague. Justice Antonin Scalia wrote for the court and concluded his majority opinion by declaring: “We hold that imposing an increased sentence under the residual clause of the Armed Career Criminal Act violates the Constitution’s guarantee of due process.”

The issue in Sessions v. Dimaya was whether a provision of the Immigration and Nationality Act that uses language similar to the residual clause in the Armed Career Criminal Act is also unconstitutionality vague. The Immigration and Nationality Act renders deportable any alien convicted of an “aggravated felony” after entering the United States. Such an alien is ineligible for cancellation of removal, meaning that removal is a virtual certainty for an alien found to have an aggravated felony conviction.