Home FEATURED BLOG POSTS What is the Big Deal About Immigration? 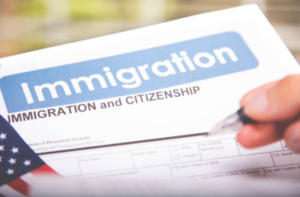 The current administration’s right hand man on immigration, Stephen Miller, apparently openly spoke out against multiculturalism in his collegiate days. Miller doesn’t appreciate immigrants, despite he himself being the product of “chain migration” after his great-great-grand father escaped to the U.S. seeking asylum. Otherwise known as the mind behind the “Immigration President”, not only has Miller used his influence to win the President’s ear but he places operatives across multiple government agencies to ensure that his anti-immigration policies are implemented in every Federal agency that addresses immigrant issues. Sneaky to say the least.

Behind the façade of protecting borders from terrorists and civilians from criminals stands the big ugly word: discrimination.  Although major US economic players continue to ask the administration not to change our immigration policy, their pleas fall on deaf ears and hardened hearts. Although, this country still remains a nation of immigrants, for the numbers do not lie, this Administration is bent on manipulating the rule of law in order to enforce anti-humanitarian, inhumane, violent, unprincipled immigration policy.

We as a nation need to make sure we do not become a raging Germany, forgetful of its not so distant egregious past. Maybe we can take a cue from the French whose World Cup win this summer illustrated the glory achievable when immigrants are embraced.

When Americans finally stand together in love with our nation and who we are, we will finally remove the “immigration smoke screen.” Only then will we be able to address issues plaguing all levels of our society.  Issues such as unemployment, education, social justice and the growing opioid epidemic.

It is time to cut the nonsense. Be the change.