Home Resources What is Immigration Reform? 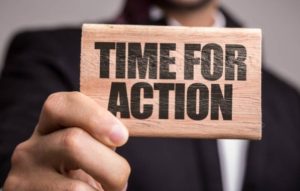 Immigration reform is a catchall term for changes or attempts to change laws governing immigrants and immigration. It’s a term that was most often used by those wanting to create a way for people who had arrived or stayed in the country illegally to eventually get permission to stay in the country.

But it has also been recently used as well by people wanting to toughen immigration laws, which they consider to be reforming a system they see as too lenient.

WHO CAN OVERHAUL IMMIGRATION?

Immigration laws and policies can change in many ways, from acts of Congress to court decisions to executive orders by the president. Laws can be rewritten, regulations or policies changed or court rulings handed down that adjust how the country governs immigrants and immigration-related matters.

The current Congress has not passed any substantial immigration laws recently, although it has discussed and debated the issue.

Many recent reforms have occurred through executive orders issued by President Donald Trump. He has ramped up immigration enforcement, ordered the construction of a border wall and ended the Deferred Action for Childhood Arrivals, or DACA, program by executive orders. There has been some attempt to undo his orders through the courts.

Agencies in the administration also have been changing regulations and policies on immigration. Recently, Immigration and Customs Enforcement announced that it would no longer automatically release from detention immigrants who are pregnant.