Home Uncategorized What Has the US Learned From Its History of Immigration? 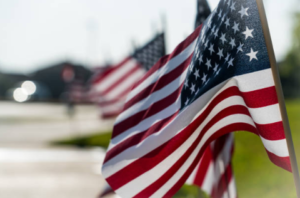 Since my retirement from Centro San Antonio, I have had a great deal of time to reflect on my life as an adult and the influence and cultivation from both my parents and grandparents. I am the son and grandson of Italian immigrants, proud of my roots and the journey that my family undertook to get here.

Recently, I began researching my family history and what I found is probably no different than what many descendants of immigrants have learned. My discoveries caused me to pause and ask the question: Is the United States learning from its past?

At the time of my family’s journey to the U.S., adversity existed as cultures clashed. Over time, civic leadership and institutions created ways to celebrate our diversity. Immigrants learned to become accustomed to their new world. It wasn’t perfect by any means, as it is clear we had – and still have – disparities. But the learning process was underway.

My mother’s family emigrated from Italy to the U.S. in 1953. My father’s family followed one year later, just one month after Ellis Island closed permanently. Their exodus from Italy was prompted out of poverty and a post-World War II depression. Immigrants today leave their countries for similar reasons.

My family voyaged across the ocean for 16 days on a cargo ship, started a new life in a foreign country, and worked two or three jobs in order to make a living. They told me stories about Italians being ridiculed, discriminated against, and called all sorts of derogatory words. Despite these challenges and despite the language barrier and being unfamiliar with the customs and culture of their new habitat, they succeeded. Their story is not unlike the story of today’s immigrants.

When my grandparents, with three children, lost their entire house to an awful fire in 1955, their community took them in, housed them, fed them, and rebuilt their home. They were accepted even though they were different. The stories relayed to me suggested a country that was learning. Despite the cultural differences, they learned to work together. Yet today, I wonder if we have really learned..