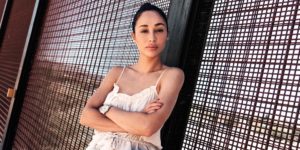 “I value my job in today’s economy,” Stephanie, an Immigration and Customs Enforcement officer, admits to me over Instagram DM. “You perform the duties you’ve been hired to do even if you don’t agree. But it does not mean we are not sympathetic.”

There is an immigration crisis taking place in my hometown of El Paso, Texas, far from the bright lights of Los Angeles, where I work in the entertainment industry. For the first time in 15 years, I decided to return home in an effort to better understand the policies that led to more than 2,300 children being separated from their parents—both at the El Paso-Juárez port of entry and across the U.S-Mexico border. Over the span of two days, I spoke to politicians and immigration lawyers, ICE and Border Patrol employees, federal probation officers, migrant workers, and asylum seekers. Like most people I interviewed, Stephanie, the ICE officer, requested anonymity to protect her family and her job.

Stephianie was born in the U.S., the daughter of two immigrant parents awarded citizenship and granted amnesty. She reached out to me, she said, because she wanted to humanize those at the front lines of the U.S.-Mexico border. She concedes that separating families is “inhumane” and “sees how blessed” she is—and she’s not alone in feeling this way.

“We have lost the dignity in immigration,” laments one probation officer overseeing cases at the federal level. On a conference call with a border patrol officer and his cousin, an editor at a local El Paso publication, they both agree “we have lost our focus on humanity.” The officer tells me a story of a four-year-old boy crossing the border alone and running up to him, grateful he’s made it across. As the officer turned the child over to officials, he held back tears. He knows the chance of the boy ever seeing his family again is slim. “His mom either sent him alone so that he would have a chance at a better life, or she’s already crossed over and is living undocumented and will be unreachable, but maybe she’s in the system. With up to 99 percent of asylum cases at El Paso being denied, it’s unlikely these two will end up together.”