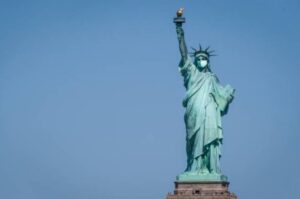 After a dismal presidential debate last week and a more civilized vice-presidential debate last evening, one cannot help but notice the absence of discussion on the issue of immigration. This inevitably leaves many, who are concerned with immigration policy, feeling left out of the discussion. It seems that in the face of a worldwide pandemic which has brought the world’s economies to a screeching halt, immigration is far from the minds of Americans and our politicians.

Yet, do not be fooled. Immigration policy is still a powerful tool the Trump Administration uses to rally its troops. Where immigration policy may be left out when speaking directly to voters, anti-immigration policy is used indirectly to demonstrate the administration’s immovable stance on immigration enforcement each week. Just this week the Administration tried to introduce a new rule reducing foreign work visas (H1B) from 3 years to 1 year. The rule also egregiously raised the minimum wages required to pay foreign workers. This news hits U.S. employers, in the midst of a struggling economy, with extra costs to fill these positions where often there are not sufficiently qualified U.S. workers available.

The Administration also moved to force foreign students to leave the U.S. prior to the completion of their studies and required sponsoring relatives to submit exorbitant amounts of financial documentation such as credit reports. One particularly controversial move was the Administration’s posting of billboards across the swing state of Pennsylvania with the photos of immigrants it seeks to arrest.

Let us not forget this Administration’s obsession with sanctuary cities. ICE announced its intent of implementing the rapid arrest and deportation of undocumented persons in the U.S. for less than 2 years, without a hearing before the Immigration Judge. It began the month of October with a raid in California arresting over 128 undocumented immigrants.

The message is clear: immigrants do not matter enough to be heard as policies are being decided. After all, until naturalized, immigrants, cannot vote. Yet, the migrant community proves to be invaluable asset for marketing purposes. ICE and DHS have become tools of the great American propaganda machine at the chagrin of both legal and undocumented immigrants who have been reduced to puppets navigating our broken immigration system.

Those of us who value lives, immigrant or not, need to make our voices heard. Immigrants matter too. Let us support comprehensive Immigration reform that makes sense for our nation. Vote this November. Vote now.