Home Politics ‘We’re Tired Of Living Like This’: DACA Ruling Leads To Frustration And Devastation For Young Undocumented Immigrants 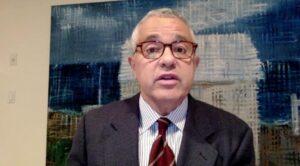 (CNN)After navigating life in the US for 17 years without legal status, Yazmin Bruno-Valdez was ushered into the Obama-era Deferred Action for Childhood Arrivals program less than a month ago, granting her long-awaited protection from deportation and opening potentially bright new pathways for jobs, scholarships and travel.

The 20-year-old college junior found herself in tears of joy last Monday after getting her drivers’ license in Kansas — marveling at how it felt to drive home, free from the fear that one harmless traffic infraction could lead to an encounter with immigration officials who could eject her from the country.

But that brief sense of freedom and possibility vanished on Friday night when a federal judge in Texas ruled that the 2012 DACA program created by former President Barack Obama was illegal. US District Judge Andrew Hanen, an appointee of Republican President George W. Bush, said DACA recipients can maintain their status for now and may continue to renew it every two years. But the program will cease to exist for the tens of thousands of applicants who were waiting in the DACA pipeline

It was another cruel twist of fate in Bruno-Valdez’s journey, one that has left her awash in fear, guilt and uncertainty. When the ruling came down Friday night, she said she felt as though she had been granted Willy Wonka’s “golden ticket” just before that privilege was snatched away from so many others who she feels deserved it just as much.

“I am so angry that so much of this was based off of luck,” Bruno-Valdez said in an interview Saturday. “I just feel terrible. I feel so much guilt. I feel like I pushed so many people to apply.”