Home Resources We’re Seeing Confusion, Despair and Even Suicide After Trump Rule on Aid to Immigrants 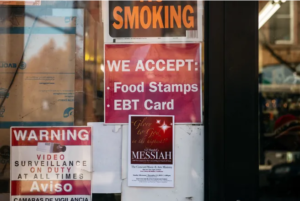 Two days after President Donald Trump announced a rule last August that made immigrants ineligible for residency and citizenship if they relied on government benefits, a 28-year-old Iranian asylum seeker died by suicide. His county-based social worker in Northern California later told me that Rouzbeh, who went by Adam, had confided in her that his suicidal thoughts stemmed from this new “public charge” rule. Despite reassurance from his family and social worker, he said it made him feel unsafe.

Adam, whose last name is being withheld for privacy reasons, believed that he would likely be extradited back to Iran on account of accessing public mental health services for his depression, not speaking English well and accumulating a large debt from an emergency hospital visit — all examples listed in the new rule as potential reasons to deny immigrants American citizenship. Complicating matters, extradition would mean a one-way trip back to the very conditions Adam was trying to escape by seeking asylum. Iran is one of the 13 countries listed in Trump’s now expanded travel ban.

As it turns out, refugees and asylum seekers are exempt from the expanded “public charge” rule. Adam’s unfortunate misinterpretation highlights the confusion surrounding this new policy. And he wasn’t the only one. As I was helping plan a community healing event after Adam’s death, two other families reached out to our team. That was how we discovered there were three suicides by a refugee or asylum seeker from the same county following Trump’s public charge announcement.

Three suicides is a warning sign
When two or more suicides take place in close proximity and time, there is heightened concern that a suicide cluster has formed and will spread. What has happened here in Northern California should be a caution to the rest of the country about the potential effect of national policies on the most vulnerable immigrant populations in the United States.