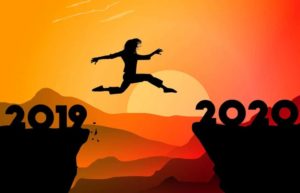 As the world welcomes in a new year and decade, one can only hope for human progress in 2020. Our nation as well as many nations around the world are still grappling with age old dilemmas like poverty, health, and education of their populations. This coupled by more modern concerns such as climate change and security, all within the context of reduced international cooperation, only heighten our concerns for the future. In precedent years, politicians around the world have found a convenient scapegoat to distract our attention from these pressing issues: immigration.

Immigration still trends as one of the 3 main issues presidential candidates in the U.S. need to address in 2020. In Europe, the finally agreed upon Brexit has direct linkages to anti-immigration sentiment. When asked who do they want to immigrate to Europe, despite population decline, Europeans answer …“someone like me”. The African continent also faces its own immigration woes. Although many immigrants to western countries come from the African continent, many African nations spew their own anti-immigrant rhetoric against migrants, often leading to violence. and Both Latin American and Asia face similar anti- immigrant  issues.

A Recent article described the political scene in Washington as “playing with a stacked deck of gross immorality and ethical incompetence.” Unfortunately, Washington’s gross immorality and ethical incompetence is not producing any viable solutions to our national immigration woes.  In fact, in 2020, we should be weary of some of the same old tactics to enflame the issues.   The much needed workplace immigration is undergoing serious restrictive policy reforms. Obstructive measures are being taken in order to hinder humanitarian immigration. and Legal immigration is under constant threat by sneaky unconstitutional presidential proclamations such as the one last November requiring U.S. immigrants to have health insurance in order to legally immigrate into the U.S. Grossly immoral and ethically incompetent Washington has also taken steps to begin the deportation of DACA recipients, young children brought to the U.S. and raised as Americans, to countries they do not even know.

Does any of this sound familiar?

It is 2020 America and it is time for us to bring in the new.  Let’s end the cycle of immigrant blame and bring in an administration that can implement viable solutions and policies for our country to progress.  It’s up to us.  Vote in the new in 2020!