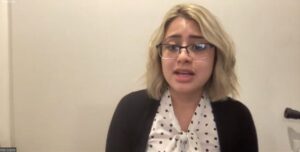 According to the U.S. Bureau of Labor Statistics, South Dakota’s unemployment rate is 2.9%, the lowest since March 2020. But with nearly 23,000 job openings across the state, there simply aren’t enough people to fill all those jobs.

That’s why members of South Dakota’s business and agriculture sectors met for a virtual round table Wednesday afternoon to discuss a hot button option that could fill those job openings and continue economic growth: urgent immigration reform.

Kari Karst, CEO of BX Civil and Construction, said that her Dell Rapids-based company relies on a seasonal workforce and hires upward of 130 construction workers during peak construction season.

“We need immigration reform to continue filling those essential jobs, those hard jobs, with documented workers who are willing to work,” Karst said during the round table.

About 35,600, or 4%, of South Dakotans are immigrants and have a near $679 million impact on the state’s economy, according to the New American Economy, a nonprofit organization focused on bipartisan immigration research and advocacy.

However, bringing more immigrant workers to the state isn’t as easy as passing out more visas.

David Owen, President and CEO of the South Dakota Chamber of Commerce and Industry, noted two bills, the American Dream and Promise Act of 2021 and the Farm Workforce Modernization Act of 2021, have both passed through the U.S. House of Representatives.