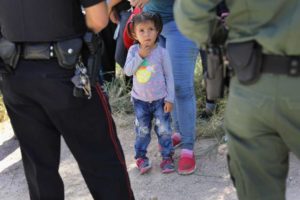 One of the biggest beneficiaries of their benevolence was RAICES, a Texas-based nonprofit that has provided legal assistance to detained immigrants for more than 30 years. Thanks to a Facebook fund-raising campaign in June, RAICES collected more than $20 million in just two weeks to help reunite separated immigrant families. Giving to an IRS-recognized charity like RAICES is a good way to channel outrage, constructively.

RAICES, an acronym for Refugee and Immigrant Center for Education and Legal Services, has offices in Houston, Austin, Corpus Christi, Dallas, Fort Worth, and San Antonio. The agency wasn’t even aware of the Facebook campaign until the California couple that started it gave them a call. Charlotte and Dave Willner said they were motivated by the now-iconic photo of a crying 2-year-old Honduran girl watching her mother being searched by a border patrol agent in South Texas. They hoped to raise $1,500 and collected more than $20 million from a half-million donors.

Although the Honduran mother and her young daughter were never separated, their photograph sparked anger in many Americans who thought of the hundreds of other crying children and their parents who were torn apart without knowing when they would ever see each other again. At last count, Trump’s crackdown had separated more than 2,500 children from parents, mostly Central Americans fleeing unimaginable violence.

RAICES will use the Facebook money and other donations to help bail out accused detainees and defend them in immigration court. The latter means hiring more attorneys to join the 50 lawyers already on the organization’s staff. RAICES also is getting offers of pro bono help from lawyers across the country. San Antonio RAICES staff attorney Kate Mullins says that will free more money to pay defendants’ bonds.

By the Editorial Board for Houston Chronicle
Read Full Article HERE