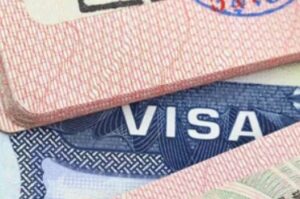 US immigration is presently going through policy changes that have proven to be more deleterious for business and individuals than any wrought by a government in the past three decades. Trump won the US presidency largely by fanning the notions that the USA needed to be put first (“Make America Great Again!) and partly by vilifying immigrants (“Build the Wall!”). Unfortunately, the cacophony of the chants has drowned conscientious deliberation that should be the foundation of all policy formulation.

What started as a momentum to keep out illegal immigration, became a series of blows against legal immigration. We observed with concern ill-considered changes in policy towards all legal immigration, a case in point of which is investment-based immigration (EB-5 visas). Trump nearly doubled the required investment amounts. Proponents correctly argue that the EB-5 program has garnered more than $20 billion in investments and has created more than 730,000 jobs between 2008 and 2015. How can any government oppose such a benificient tool?

Similar and far greater and sudden attacks have been made upon H-1B visas for workers, student visas, work rules for students, immigration for parents of US citizens (decried as a part of “chain migration”). At one point, thousands of spouses and children were separated from and stranded in India for months. Life for immigrants has been made difficult as part of concerted immigration policy to block legal immigration.

What aided the presidency in often cataclysmic, overnight changes in policy was the discretion afforded to it by the laws. What restrained them were the Democrat controlled House Of Representatives and the courts, who all across the US overturned illegal policy formulation, time and time again.

As a recent example, the US Department of Labor with barely a week’s notice has raised the required wage rates of H-1B workers by almost forty percent. This has sent shockwaves through the entire business and professional community.