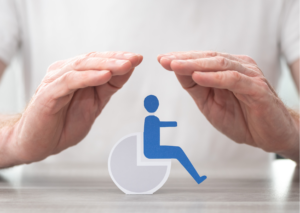 The U.S. Citizenship and Immigration Services (USCIS) recently announced the updated policy pertaining to its release of the revised Form N-648 – Medical Certification for Disability Exceptions. This form is used by aspiring U.S. immigrants who suffer from physical or developmental disabilities and want to pursue citizenship by naturalization. This revision is in direct implementation of the Biden Administration’s Executive Order 14012, issued on February 2, 2021, on Restoring Faith in Our Legal Immigration Systems and Strengthening Integration and Inclusion Efforts for New Americans. One of stated objectives of the Executive Order is to:

“(i) eliminate barriers in and otherwise improve the existing naturalization process, including by conducting a comprehensive review of that process with particular emphasis on the N-400 application, fingerprinting, background and security checks, interviews, civics, and English language tests, and the oath of allegiance;”

Most of the required items for naturalization that have been removed and updated were also believed to be unnecessary or redundant with other prerequisites. Among those excluded are questions closely related to defining the circumstances that applicants with physical or developmental disabilities frequently struggle with daily. Those questions called for applicants to describe specifically the conditions of their disability and how it affected their performance at work or in school. In addition, questions concerning other personal medical information such as dates of diagnosis, the degree of severity of the disability, as well as the patient-medical professional relationship, were also removed from the form.

Over the years, people concerned about the naturalization process have described a load of duplicative conditions often described as barriers. Upon the announcement of the updated changes in the form, USCIS Director Ur M. Jaddou expressed confidence and was pleased with the urgent actions taken by the organization as it heeds the call of the general public involved in the process. As Director Jaddou put it, “This is a wonderful example of how USCIS is listening to the public it serves in order to better address their needs, while fulfilling [its] responsibilities as an agency.”

With this recent development and a further increase in opportunity for an improved immigration system, more foreign nationals, long-time Green Card holders, living in the United States, are expected and even encouraged to seek U.S. Citizenship Naturalization. Hopefully, this effort helps Americans to see U.S. immigrants as contributing agents fostering the growth and stability of the U.S economy for years to come. As it is stated in Executive Order 14012:

“New Americans and their children fuel our economy, working in every industry, including healthcare, construction, caregiving, manufacturing, service, and agriculture. They open and successfully run businesses at high rates, creating jobs for millions, and they contribute to our arts, culture, and government, providing new traditions, customs, and viewpoints. They are essential workers helping to keep our economy afloat and providing important services to Americans during a global pandemic. They have helped the United States lead the world in science, technology, and innovation.”

Given this realization, it is no longer be a surprise that the government immediately acted upon the need for a legitimate and convenient process of U.S. citizenship naturalization for those that deserve it.