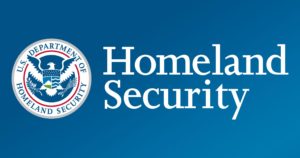 WASHINGTON—U.S. Citizenship and Immigration Services (USCIS) will implement the Inadmissibility on Public Charge Grounds final rule (“Final Rule”) on Feb. 24, 2020, except for in the State of Illinois where the rule remains enjoined by a federal court as of Jan. 30, 2020. Under the Final Rule, USCIS will look at the factors required under the law by Congress, like an alien’s age, health, income, education and skills, among others, in order to determine whether the alien is likely at any time to become a public charge.

The Final Rule, issued in August and originally scheduled to be effective in October, prescribes how DHS would determine whether an alien is inadmissible to the United States based on the alien’s likelihood of becoming a public charge at any time in the future, as set forth in the Immigration and Nationality Act. The Final Rule also addresses USCIS’ authority to issue public charge bonds in the context of applications for adjustment of status. Finally, the Final Rule includes a requirement that aliens seeking an extension or stay of change of status demonstrate that they have not received public benefits over the designated threshold since obtaining the nonimmigrant status they seek to extend or change.

“Self-sufficiency is a core American value and has been part of immigration law for centuries. President Trump has called for long-standing immigration law to be enforced, and U.S. Citizenship and Immigration Services is delivering on this promise to the American people,” said Ken Cuccinelli, the Senior Official Performing the Duties of the Deputy Secretary for DHS. “By requiring those seeking to come or stay in the United States to rely on their own resources, families and communities, we will encourage self-sufficiency, promote immigrant success and protect American taxpayers.”

Except for in the State of Illinois, USCIS will only apply the Final Rule to applications and petitions postmarked (or submitted electronically) on or after Feb. 24, 2020. For applications and petitions that are sent by commercial courier (e.g., UPS/FedEx/DHL), the postmark date is the date reflected on the courier receipt. The Final Rule prohibits DHS from considering an alien’s application for, certification or approval to receive, or receipt of certain non-cash public benefits before Oct. 15, 2019, when deciding whether the alien is likely at any time to become a public charge. In light of the duration of the recently-lifted nationwide injunctions and to promote clarity and fairness to the public, DHS will now treat this prohibition as applying to such public benefits received before Feb. 24, 2020. Similarly, the Final Rule prohibits DHS from considering the receipt of public benefits by applicants for extension of stay and change of status before Oct. 15, 2019 when determining whether the public benefits condition applies, and DHS will now treat this prohibition as applying to public benefits received on or after Feb. 24, 2020.