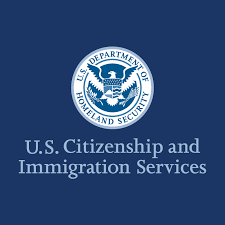 An affidavit of support is a legally enforceable contract, and the sponsor’s responsibility usually lasts until the family member or other individual either becomes a U.S. citizen, or is credited with 40 quarters of work (usually 10 years).

The law concerning the affidavit of support is found in Sections 212(a)(4) and 213A of the Immigration and Nationality Act (INA). The provisions are codified in Title 8 of the Code of Federal Regulations (CFR) at 8 CFR 213a.

Submitting an Affidavit of Support

The following individuals are required by law to submit a Form I-864, Affidavit of Support completed by the petitioner to obtain an immigrant visa or adjustment of status:

* All immediate relatives of U.S. citizens (which include parents, spouses, and unmarried children under the age of 21, including orphans) and relatives who qualify for immigration to the United States under one of the family based preferences:

* Third Preference: Married sons and daughters of U.S. citizens, their spouses and their unmarried minor children

* Fourth Preference: Brothers and sisters of adult U.S. citizens, their spouses and their unmarried minor children
Employment based preference immigrants in cases only when a U.S. citizen or permanent resident relative filed the immigrant visa petition, or such relative has a significant ownership interest (5% or more) in the entity that filed the petition.
Note: An individual listed above does not need to submit an affidavit of support if they can show that they EITHER: