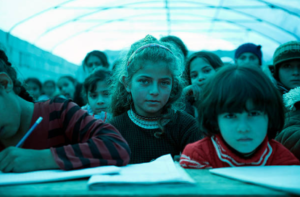 The Trump administration announced on Wednesday a plan to eliminate a federal court agreement and replace it with a regulation that would allow the government to indefinitely detain migrant children with their parents.

By replacing the agreement, known as the Flores settlement, the government could dramatically expand family detention and increase how long children are held in custody. The government would also have more power to determine the standards of care for children and families in custody.

The Trump administration has prioritized ending the decades-old Flores agreement, which says the government must hold children in the least restrictive setting and release them as quickly as possible, generally after 20 days in detention. A legal team representing migrant children is also allowed to monitor the government’s detention practices under the terms of the settlement.

Homeland security officials told reporters there was no longer a need for court involvement and they plan to adopt regulations that reflect the Flores agreement in the final rule, which is set to be published on Friday. The rule would go into effect 60 days later, if it does not face the expected legal challenges.

Joann Bautista, policy associate at the National Immigrant Justice Center, said: “The new rule announced today is essentially a regression, completely throwing out all the safeguards to keep children safe that have been in place for decades.”

A lawyer for the migrant children in the Flores case, Holly Cooper, said the legal team would file a response to the Trump administration rule after it is formally published. “Because the federal government is publishing a final rule on the heel of multiple findings of violations of the Flores settlement agreement it is incumbent on us to protect those interests,” Cooper said.

As part of the Flores agreement, a federal appeals panel found last week that detained children should get edible food, clean water, soap and toothpaste after the government argued hygiene products did not need to be provided. It was also a team of Flores attorneys who raised the alarm about dire conditions for migrant children at border processing facilities in June.