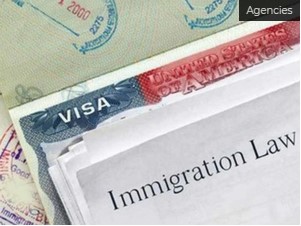 A new legislation proposed by three Democratic Congresswomen could ease the Green Card backlog for Indians by providing citizenship to all those who had legally entered the United States as children.

The American Dream and Promise Act, 2021, introduced on Wednesday by Lucille Roybal-Allard, Nydia Velazquez and Yvette Clark, could help nearly 200,000 immigrants who grew up under a temporary status in the country achieve US citizenship.

The Bill seeks to include dependents of H-1B and L-1 visa holders as well as those in line for an employment-based green card and do away with the risk of them having to leave the country if they age out at 21.

According to a report by CATO Institute, there are about 157,000 Indian children in line for an employment-based green card as dependents, and risk losing status if this does not come through before they turn 21.

Apart from helping the dependents, it could also prove beneficial in reducing the overall backlog for employment-based green cards.

“This bill will help everyone in the EB green card backlog and many L, E, and H-1B visa holders because, as soon as these kids get citizenship, they could petition for their parents if the kids are over 21,” said David Bier, immigration policy analyst at the Cato Institute.

By Priyanka Sangani for THE ECONOMIC TIMES