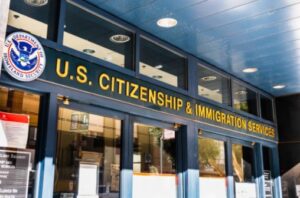 WASHINGTON – The federal agency tasked with offering citizenship, green cards and visas to immigrants is planning to furlough about two-thirds of its workers at the end of the month after Congress failed to reach a deal on a coronavirus stimulus package.

U.S. Citizenship and Immigration Services notified about 13,400 of its 20,000 employees they would be furloughed Aug. 30 due to budget shortfalls, which the agency hoped Congress would fill in its next relief package before negotiations stalled last week.

“In the past few months, USCIS has taken action to avert a fiscal crisis, including limiting spending to salary and mission-critical activities,” an agency spokesperson said. “Without congressional intervention, USCIS will have to take drastic actions to keep the agency solvent.”

The agency had asked Congress for $1.2 billion and the funds were expected to come through its next coroanvirus relief package. But after about two weeks of negotiations, talks dissolved with Democrats and the White House blaming one another for the stalemate.

In the end, the president signed four executive orders attempting to fill the gap on some stimulus programs, though they did not deal with immigration services. Questions remain over whether the orders will ultimately be successful in carrying out Trump’s aims.

The agency, which is under the Department of Homeland Security, is funded by money it makes from fees. But the number of petitions seeking entry into the U.S have decreased over the last three years under Trump, who has made taking a hard-line stance on immigration a central theme of his presidency. The president and his administration has made the process more rigorous for those seeking entry to the U.S.

Due to the pandemic, the president had set new orders that barred entry into the U.S. by foreigners, including a halt on green cards. The agency said the virus’ impacts also led to a dramatic decline in revenue.