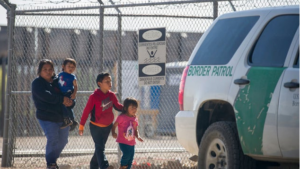 U.S. Citizenship and Immigration Services (USCIS) is temporarily shutting down offices around the country in response to the outbreak of the novel coronavirus.

The agency said in a memo posted to its website on Tuesday that the closures would apply to its field offices, asylum offices and Application Support Centers. The closures will remain in effect until at least April 1.

“USCIS field offices will send notices to applicants and petitioners with scheduled appointments and naturalization ceremonies impacted by this closure,” the memo said.

USCIS will also postpone interviews for asylum applicants because of the temporary shutdown. The agency will still provide limited emergency services and staff will continue to perform tasks that do not involve contact with the public.

The move represents the most significant step the immigration agency has taken in response to coronavirus, which originated in China in December and has since infected thousands throughout the world. The U.S. had 5,879 confirmed cases of COVID-19 and at least 107 deaths as of Wednesday morning, according to a New York Times database.

The virus, which the World Health Organization designated as a pandemic, has led to mass closures of businesses and schools, with many officials urging people to avoid big crowds.

The Trump administration is reportedly planning to forbid asylum-seekers at both the northern and southern borders from entering the country due to the virus. Officials told The New York Times that the move would be designed to prevent an outbreak inside detention facilities.