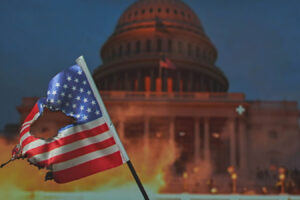 US immigrants have condemned the recent mob attack on the Capitol building. According to a report published by The New York Times, the shocking events have left many new Americans questioning how the country stooped this low.

US democracy, which has long been viewed as a ‘beacon to the world’, was plunged into anarchy recently as thousands of pro-Trump supporters stormed the Capitol building while the world looked on in horror. The chaos resulted in five deaths, including a police officer, and was widely condemned by world leaders, including Britain’s Boris Johnson.

Pro-Trump supporters overran the Capitol in ‘protest’ of the recent US election results, which the outgoing President maintains was fraudulent and unlawful. Trump has been accused of inciting the mob after urging his followers to ‘march on the Capitol.’

US immigrants in disbelief
Ahmad Shah Sarosh told The New York Times that a little over five years ago he was stood alongside US soldiers serving in his home country of Afghanistan, and was helping them promote US democracy to his fellow Afghans.

Ahmad was called an ‘infidel’ for helping US soldiers and his brother was murdered as a result. However, he believed in US democracy.

Speaking on events at the US Capitol from his home in Houston, Texas he said: “Every country follows the democracy of the United States. But what I witnessed at the Capitol reminded me of insurgents in Afghanistan, pillaging cultural sites, and desecrating sanctuaries all because of a regime change. It was saddening.”

He described the events as the blackest day for democracy, not just in the United States, but across the world.

While many Americans were also shocked by the overrunning of the Capitol building, for immigrants and refugees, the events sparked a difficult wave of emotions having fled such scenes in countries plagued by instability and violence. Many found it painfully reminiscent of what they had fled their homes for.