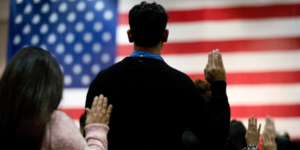 A recent study shows immigrants are more likely to start businesses of all sizes and create jobs in the U.S. when compared to native-born populations.

The analysis published in the Journal American Economic Review: Insights looked at U.S. Census Bureau data and tax records for more than 1 million businesses founded in the U.S. from 2005 through 2010.

Researchers also incorporated a 2012 survey with data on 200,000 firms and their owners, as well as the immigration and citizenship status of founders of nearly 450 companies from the 2017 Fortune 500.

The study found that, per capita, immigrants are about 80 percent more likely to start a business when compared to citizens born on U.S. soil and those businesses contain about 1 percent more employees than firms founded by native-born citizens on average.

“Immigrants found more firms in every bucket,” Pierre Azoulay, an economist at the MIT Sloan School of Management and co-author of the study, said in a statement.

According to the paper, 0.83 percent of immigrants in the U.S. started a business between 2005 and 2010, compared to 0.46 percent of citizens born in the U.S. Researchers noted that disparity was also seen before 2005.

While the study didn’t touch on why immigrants may start businesses at a higher rate, the authors speculated it may be that immigrants have difficulty joining the workforce and start service-type businesses instead, among several other factors.

The U.S. has more immigrants than any other country in the world, with more than 50 million people living in the U.S. who were born in another country.