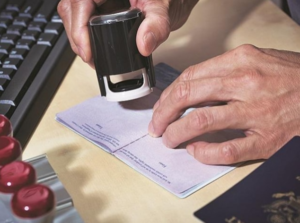 The Biden administration has officially undone a Trump-era rule that barred immigrants from gaining legal residency if they had utilized certain government benefits, allowing for a return to a previous policy with a narrower scope.

The Department of Homeland Security on Thursday said a new regulation for the public charge rule would go into effect in late December, although the Biden administration had already stopped applying the previous version last year.

Consistent with America’s bedrock values, we will not penalize individuals for choosing to access the health benefits and other supplemental government services available to them, he said.

The public charge regulation bars people from getting green cards if they would be burdens to the United States. For years prior to the Trump administration, that was interpreted as being primarily dependent on cash assistance, income maintenance or government support for long-term institutionalisation.

But the Trump administration expanded the benefits to include non-cash assistance including food stamps and Medicaid. There were numerous legal challenges, but it was allowed to be implemented in 2020.

Legal challenges went on, and in 2021, the Biden administration said it would not continue defending the rule.

Thursday’s announcement was welcomed by immigrant advocates, who said the Trump administration’s expanded rule had created a hard atmosphere for those seeking legal residency.

The public charge regulation caused such fear among immigrants who sought to legally apply for a green card that many chose to forego health care and vital economic support, American Immigration Lawyers Association President Jeremy McKinney said in a statement.

These changes to simplify and de-mystify the rule will truly change lives across our nation.