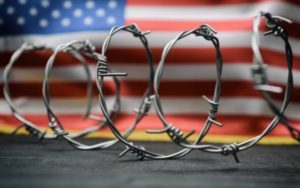 Ana took a break from her warehouse job, which has been focused on getting gloves, sanitizer, and cleaning supplies to hospitals because of the coronavirus pandemic, to read the latest on Trump’s order suspending immigration to the US.

The 27-year-old was immediately flooded with feelings of sadness, anger, and most of all, hopelessness. For the next 60 days, people like her parents, whom she had been trying to get visas for, would be banned from obtaining green cards. Ana declined to use her full name out of fear that she could endanger their application.

The order Trump signed on Wednesday doesn’t have much of an impact at the moment because the State Department has already suspended routine visa services at embassies and consulates across the world due to the coronavirus pandemic. The fear among people like Ana is that the proclamation will be extended even after the State Department starts processing visa services and her parents will be left behind.

“It’s not so much the money we’ve spent, but the time you have to wait and there are others who have waited longer than us,” Ana told BuzzFeed News. “I feel so desperate and hopeless now. I just want my parents here with me.”

Ana, a US-born citizen who grew up in the Mexican border city of Nuevo Laredo while waking up at 5 a.m. to go to school in the United States, moved to Houston five years ago so her children wouldn’t have to go through the same ordeal.

She applied for her parents’ green cards in 2017. In addition to wanting her parents near her, Ana was concerned about the violence in Nuevo Laredo where her parents live, particularly the gunfights between cartels and Mexican authorities. About a month ago, bullets struck the outside of her parents’ home.

For 60 days, Trump’s proclamation suspends access to green cards for family members of permanent residents who are outside of the United States, parents and siblings of US citizens abroad, and thousands of people who come to the country as part of the diversity visa lottery system.