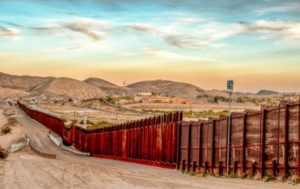 Provost planned to retire in December from the 21,000-person organization, but the 24-year Border Patrol employee was forced to put her plans on hold due to infighting at CBP over whether a white or nonwhite person should replace her and what message the race of the new chief would send.

Provost, 50, is the first woman to lead the 95-year-old federal law enforcement agency and has been in the role two and a half years. She was acting chief from mid-2017 through August 2018, when she was made permanent chief.

Rodney Scott, an agent for 27 years, will take over for Provost immediately after her exit. Scott, who is white, was a regional chief in San Diego, California, and recently moved to Washington, where he took over as acting deputy chief in October. He was selected as Provost’s successor last summer, but that decision was questioned by acting CBP Commissioner Mark Morgan in the fall.

Senior CBP officials told the Washington Examiner in November that Morgan, who is also white, lamented having “too many white faces” in Border Patrol leadership and wanted to make a show of goodwill to outside organizations concerned with diversity, given that agents work arresting and detaining people from around 150 countries annually. But CBP stuck with its plan to elevate Scott.

Thirty-four Democratic lawmakers in Congress called for Provost’s removal in August following a report that she belonged to the Facebook group “I’m 10-15,” where some agents vented and others wrote offensive comments about Democrats and people they took into custody. Morgan unsuccessfully pressured Provost to retire, but she did not. Her to-be successor, Scott, was outed by the Intercept last summer as also being a member of the page.