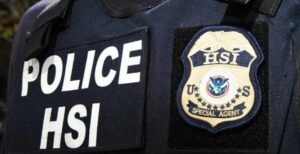 The U.S. Attorney’s Office in Detroit has prosecuted or investigated 80 immigration cases so far this year, officials announced Friday.

One of them is an undocumented immigrant who was sentenced Thursday to 18 months in prison for assaulting a federal officer during his arrest in February, according to the U.S. Attorney’s Office.

Prosecutors say Enrique Ortega-Escudero, 37, attacked a federal officer during an immigration arrest Feb. 2. As an ambulance drove him to a hospital, he escaped and ran across both lanes of traffic on I-75, according to federal prosecutors.

“Our office continues to prosecute dangerous and violent offenders who are in our country illegally,” U.S. Attorney Matthew Schneider of the Eastern District of Michigan said in a statement Friday.

Immigrant advocates have criticized the Trump administration for what they say is overzealous targeting of immigrants, using prosecutors to bring cases more often than in the past. They also say that federal immigration authorities have been negligent in how they have treated immigrants during the coronavirus pandemic, with thousands in custody getting infected.

But Schneider said “our mission is to protect our community from violent criminals, and we will continue to do that by working with our law enforcement partners to keep our borders safe.”

The U.S. Attorney’s Office said in a statement that it prosecutes the smuggling of immigrants, identity theft, passport fraud, the hiring of undocumented workers, “and other immigration offenses that negatively impact the rule of law, public safety, and border security.”

Among the other 80 cases the U.S. Attorney’s Office prosecuted this year: