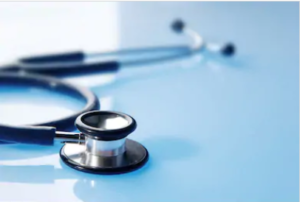 WASHINGTON (AP) — U.S. Customs and Border Protection on Tuesday formalized a medical plan formed in the wake of a massive surge of migrant families to the U.S.-Mexico border and a series of deaths in immigration custody.

The goal was to increase medical care and efficiency. According to the directive, the codified plan includes a sustainable proposal for triage, plus screenings for respiratory systems, instructions to isolate sick migrants to prevent the spread of disease, vaccines for staff and a supply of face masks and hand sanitizer. More than 500 medical professionals are on contract to help administer care.

The outcry over medical care began when two children died in Border Patrol custody in December 2018, followed by the deaths of others this year. A year later, Homeland Security’s watchdog found no misconduct or wrongdoing in the deaths of the two Guatemalan children, a 7-year-old girl and an 8-year-old boy.

At the height of the crisis, tens of thousands of migrant families crossed into the U.S. and were held in cramped, overcrowded conditions. A flu outbreak in May sickened more than 30 migrants. A 16-year-old boy died from the illness, and video later obtained by ProPublica showed the teen collapsed on the floor for hours, alone, before he died. The video threw into question Border Patrol’s version of the teen’s death. An investigation is ongoing.

Over the budget year that ended Sept. 30, there were 859,510 apprehensions by Border Patrol, plus an additional 110,000 encounters of people who tried to enter legally but were deemed inadmissible. There were nearly 1 million crossings from the early 2000s, but those were mostly single men from Mexico who were easily returned, not families from Central America who require much more care.

Immigration officials were involved in more than 20,000 hospital visits this year.

Homeland Security worked with the Centers for Disease Control and Prevention on creating and implementing recommendations. The department set a goal of formalizing the policies by the end of the year.