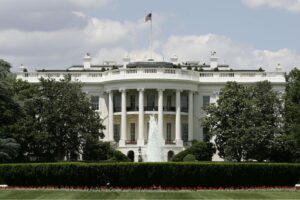 Although Donald Trump said he favored “merit-based” immigration, his policy team never seemed to find high-skilled foreign nationals it wanted to let work in the United States. In contrast, the Biden administration has proposed new policies that take the opposite approach.

Announced January 21, 2022, the new Biden policies can be divided into four general areas. Each holds the potential for making America more welcoming for talented foreign-born individuals at a time when human capital and innovation have never been more valuable to a nation.

Improved National Interest Waivers For Employment-Based Immigrants: As reported earlier in an article previewing immigration in 2022, new guidance for “National Interest Waivers” in the employment-based second preference could be a significant improvement for many immigrants. “The USCIS [U.S. Citizenship and Immigration Services] policy update clarifies how the national interest waiver can be used for persons with advanced degrees in STEM [science, technology, engineering and math] fields and entrepreneurs, as well as the significance of letters from governmental and quasi-governmental entities,” according to a Biden administration fact sheet describing the new policies. “This update will promote efficient and effective benefit processing as USCIS reviews requests for national interest waivers.”

The new guidance could expand the use of national interest waivers for immigrant entrepreneurs and potentially for a broader range of highly skilled individuals with expertise in science, engineering and other fields. The narrow interpretation in current USCIS guidance has frustrated immigrants since using such waivers allows foreign nationals to “self-petition.” That means (per USCIS) “they do not need an employer to sponsor them.” National interest waivers can also be a relief from the Department of Labor’s lengthy labor certification process.

Updating O-1A Visas: “O-1A [are for] individuals with an extraordinary ability in the sciences, education, business, or athletics (not including the arts, motion pictures or television industry),” according to USCIS.