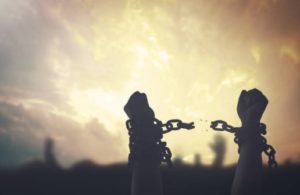 With growing anti-immigrant sentiment our nation now finds itself in a veritable war on immigration. The casualties of this war are not only immigrants but also U.S. citizens. Under the Trump Administration, at least 24 deaths have been associated with immigration enforcement. Now, tragically, we must add an additional 22 deaths and over 50 injuries from a racist–anti-immigrant mass shooting in El Paso, Texas, on the Mexican border, this past weekend (one of 2 mass shootings in the same day). In addition, the US-Mexico Border is the scene of the 4th highest rate of migrant deaths in the world. According to the International Organization for Migration, in 2017 alone, 451 people died on our border. We cannot ignore such unjust loss of life.

Although, local law officials are calling this weekend’s incident domestic terrorism, it is much larger than that. These incidents of life lost are the results of the war on immigration. It affects everyone regardless of national origin or what side of the border they are on. This past weekend it snatched peace and security away from an American community in El Paso. We cannot deny that violence is a daily reality in a country where there are almost 400 million guns in circulation.

Our history has shown us that the availability of life depriving weapons, coupled with racially motivated angst will always produce unjust deaths. The events of this weekend confirm that it affects people on both sides of the border. This war on immigration affects both those seeking to come to America and those Americans already thriving here.

In his 1946 essay Politics and the English Language, George Orwell states “…[Language] becomes ugly and inaccurate because our thoughts are foolish… but the slovenliness of our language makes it easier for us to have foolish thoughts…” Simply put, language that obscures the truth is easily manipulated to affect foolish public opinion in support of destructive policies.
When words are used to distinguished people by race and origin, we begin sliding down the path of classifying people by an illusionary “ethnic value.” Some people’s lives are perceived to be more valuable than others, based on national origin. Although people of color or of a different origin may recognize it immediately, members of our society who enjoy the privilege of being among the majority will be oblivious to it. Why? Because racist propaganda identifying and dehumanizing members our society is the norm in 2019. It begins with the vocal approbation our national leadership, our President, and ends with a man and a gun depriving mom, dad, grandparent or child of life. Why is our nation oblivious? Perhaps because we want to believe the cause of the tragedy is gun violence or mental illness. Those reasons are safer and require government intervention and less personal introspection. We are oblivious because we refuse to see the evil of racism for what is.

The injustice of the deaths this weekend is that we will try to pin the blame on a lone shooter who perhaps had to too easy access to weapons of war or perhaps was too mentally unstable to function in society. Yet, the injustice prevails if we do not reconcile the American social-diversity construct with our racist apropos. When we take a moment of silence and think of the lives lost, we must also contemplate the failures of our society at building the great American melting pot. We must consider our failings at building safe, secure communities for the future and take action to truly make America great again.