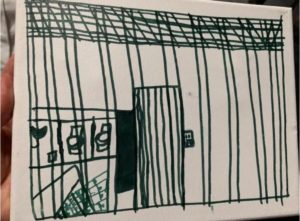 GENEVA – The United Nations’ human rights chief said Monday she was “appalled” by the conditions migrants and refugees face in U.S. detention facilities, intensifying a challenge to the Trump administration’s immigration policies.

United Nations High Commissioner for Human Rights Michelle Bachelet said children stopped by border agents should never be held in immigration detention facilities or separated from their families, and detention should not be the norm for adults, either.

“Any deprivation of liberty of adult migrants and refugees should be a measure of last resort,” the U.N. commissioner said, appealing for “non-custodial alternatives.”

A spokeswoman for the U.N. human rights office, Ravina Shamdasani, said Bachelet decided to speak out more forcefully than before after the U.S. Department of Homeland Security’s inspector general issued a report last week warning of dangerous conditions in U.S. immigration detention facilities.

Many migrants and refugees set off on “perilous journeys with their children in search of protection and dignity and away from violence and hunger,” Bachelet said in a statement.

“When they finally believe they have arrived in safety, they may find themselves separated from their loved ones and locked in undignified conditions,” she continued. “This should never happen anywhere.”

President Donald Trump said Sunday that migrants were coming from “unbelievable poverty” and “those are people that are very happy with what’s going on because, relatively speaking, they’re in much better shape right now” in U.S. custody.

The Homeland Security report was the second by the inspector general’s office to blast conditions at temporary detention centers in Texas where migrants are held.

The first, based on visits to Border Patrol facilities in western Texas in May, showed dozens of migrants packed into spaces so tight that some had to stand on toilets. It detailed how 900 migrants were in a 125-person facility at one point, with many held for weeks in violation of the government’s policy.