Home Resources Undocumented workers busted. Employers often not. What we learned from 6 ICE raids in U.S. 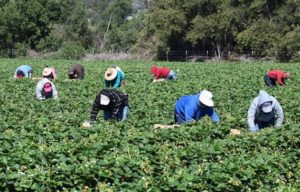 Court documents allege clear signs the companies knew who they were hiring.

But the four companies targeted in the operation have yet to face charges for hiring undocumented employees — and similar cases from across the country show they could avoid prosecution altogether.

A Clarion Ledger review of past large-scale worksite immigration raids throughout the United States — including six under the Trump administration — shows investigations into employers often last more than a year, and criminal charges seldom materialize.

“The fact that we haven’t seen (any employers) indicted, and nobody hauled out the day of raids, doesn’t surprise me,” said Cliff Johnson, director of the MacArthur Justice Center at Ole Miss and a former assistant U.S. attorney. “You want to spend time with the documents obtained in the raid before making any ultimate charging decisions.”

U.S. Attorney Mike Hurst declined to comment on the status of his investigation into the poultry companies, though he has previously pointed to a track record that includes prosecuting employers.

But while the 99 migrant poultry workers face a variety of charges and the threat of deportation, plants operated by the two companies where the most employees were arrested are back up and running.