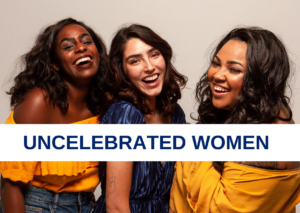 As the world celebrates women this month, one cannot help but bring attention the plight of women seeking asylum in the U.S. and abroad. Often oppressed and denigrated, these women find themselves groping at the door of hope looking for a society that will vindicate past abuses, mutilations and despair. Where the U.S. once was the right door to approach, the previous administration brought a full halt to 20 years of progress in the realm of gender-based asylum in the Matter of A-B-.

In that decision, former Attorney General Jeff Sessions, single handedly, reversed a prior Court’s decision in the case of an abused Salvadoran woman. There is something inherently wrong when a conservative, white man can decide the fate of an entire class of poor, victimized immigrant women, in direct opposition to tried and pondered legal precedent developed over 20 years. Sessions went so far as to instruct all Immigration Judges not to consider as persecution the claims of married women unable to leave their marriages, revoking the A-R-C-G decision where a Guatemalan woman was previously awarded asylum in the U.S. In response, the United Nations High Commissioner of Refugees reminded our nation that “serious violations of human rights, as well as other serious harm, may also constitute persecution.” It is uncanny how abuses against woman are not considered serious in this decade. This, despite the MeToo movement, U.S. policy makes the message clear: immigrant women are not included. They are excluded from any discussion on the maintenance of human dignity.

With the first black women of immigrant descent in the White House, one would hope that this type of abuse of power would be immediately redressed by the current administration. Yes, the administration says that they want to end violence against women. Yet, can it really do so by omitting the subset of migrant women who need the same protections as their counterparts already residing on U.S. territory? When entering the U.S. to apply for asylum, do we forget the many reasons for their flight from their native lands? These are issues that many advocates brought to their attention at the onset of the Biden administration’s entry into the White House. Yet, the Biden administration has barely begun to address the 1,000 policy changes made to legal immigration by the Trump administration in the past 4 years.

This violence that women face daily has not diminished in the face of a world-wide pandemic. If anything, it has increased across the world. While the Biden administration has begun to slowly reopen the border to migrants seeking asylum, so many had to pay the price of being rebuffed in the last several years. Kidnappings, rape and death are all too familiar to these women.

We would be amiss if we did not mention the children. For not only do women flee persecution for their own protection, but also for the protection of their children. The Biden administration is still detaining children at the border, separated from their parents and for longer periods than allowed by law. What was the campaign slogan again? “Battle for the soul of our Nation?” Clearly the battle has not yet been won. Let’s not be confused by what took place on January 20, 2021. Our soul is still in clearly disarray.