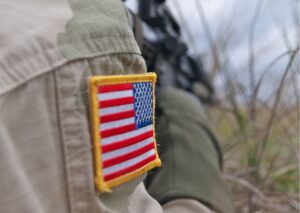 The war in Ukraine, has already resulted in Europe’s worst refugee crisis this century, with an estimated 1.5 million people reportedly having fled the country. The U.N. Refugee Agency states that this “is likely the fastest exodus of people in Europe since World War II”.

Aid agencies and officials warn that a prolonged war could potentially displace as many as 5 million people and result in a humanitarian catastrophe. Filippo Grandi, the U.N. High Commissioner for Refugees, has warned that “hour by hour, minute by minute, more people are fleeing the terrifying reality of violence.”

In response to this unfolding humanitarian crisis, the Biden administration announced on March 3rd that it will give temporary protection to Ukrainians already in the US. This move was immediately applauded by refugee advocates as an important first step to assist and provide refuge to those displaced people.

Under this new policy, Ukrainians who arrived in the US on or prior to March 1, 2022, will be eligible to apply for temporary protected status (TPS), which will allow them to legally live and work in the US for the next 18 months. TPS is typically offered to citizens of countries suffering from natural disasters or armed conflict. The US government can decide to extend this protection after the initial 18-month period should the country conditions at that time continue to prevent recipients from returning safely to Ukraine.

This policy will provide protection for an estimated 34,000 Ukrainians who do not currently have valid immigration status in the US – with nearly 4,000 of these currently in deportation proceedings. US immigration authorities have also temporarily halted all deportation flights to Ukraine.

Immigration advocates have been quick to point out however, that TPS status does not apply to those that were unable to flee Ukraine in time to reach the US by the March 1st deadline. Further, TPS protection will not alleviate the burden on European countries that have already taken in an estimated 1.5 million refugees. So, what else can the US do to provide protection for Ukrainians?

First, the administration should prioritize rebuilding its refugee program, which was significantly weakened by cutbacks during the Trump era. This would increase the capacity of US agencies to process and resettle a large number of refugees effectively and efficiently.

Second, the administration should increase the number of refugee slots allocated annually to Europeans, including those fleeing Ukraine. The current number of European refugees for this fiscal year is capped at 10,000.

Third, the administration should grant Ukrainians humanitarian parole, which allows people with urgent humanitarian needs to enter and stay in the US without a visa. This was the mechanism used to allow thousands of Afghans to resettle in the US last year.

Finally, the US should prioritize tackling the unprecedented backlog that currently plagues our immigration system. The case backlog has grown from 5.7 million in 2019 to 9.5 million as of February.

Most Ukrainian refugees are currently fleeing to neighboring European countries. The US should share in the responsibility of assisting and offering refuge to these displaced Ukrainians. At this time of alarming unrest and uncertainty in Europe, when millions of innocent people are in grave danger, the US must rise to the challenge and offer substantial and meaningful aid to these refugees, in their moment of greatest need.