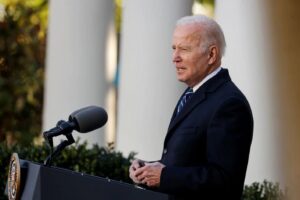 News outlet Axios reported earlier that returns under the program officially known as the Migrant Protection Protocols (MPP) could restart as soon as next week. But one of the Mexican officials said agreement was unlikely to be reached this week.

The U.S. Department of Homeland Security said in a statement it was working to resume the program “as promptly as possible” but could notdo so without Mexico’s agreement.

The two Mexican government officials, speaking on condition of anonymity, said talks were ongoing to determine under what terms the United States could begin returns.

Mexico is insisting Washington provide more support against COVID-19 for migrants, such as vaccinations, more legal aid for asylum seekers, and acceleration of hearings for those taking part in the returns program, one senior Mexican official said.

The administration of President Joe Biden, whovowed to undo some of the hardline immigration policies of his predecessor, Donald Trump, ended MPP. The schememakes asylum seekers wait in Mexico for hearings before U.S. immigration judges.

But a federal judge ordered the administration to restart the program, saying it had failed to follow proper regulatory procedure. The U.S. Supreme Court in August rejected an administration appeal against the lower court’s ruling.

Late last month, the administration tried again to end the program, hoping to address the judge’s concerns. But it also said it was moving to comply with the court’s order.

Biden has been under political and humanitarian pressure on the immigration issue because of an increase in migrants at the U.S. border.

Immigration advocates argue the MPP program exposed migrants to violence and kidnappings in dangerous border cities, where people camped out for months or years waiting for U.S. hearings.