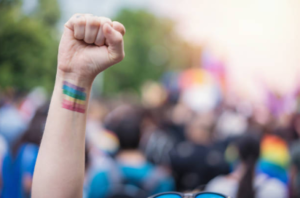 WORCESTER — U.S. Rep. Joseph Kennedy III said he wanted to come to Hadwen Park Congregational Church on Sunday afternoon to listen to LGBTQ+ asylum seekers, and they certainly had stories to tell.

For a gay woman from Uganda who identified herself as Mary, immigration reform that could lead to faster, more compassionate processing of people who flee persecution and even the possibility of death in their home countries was very personal.

Mary told Mr. Kennedy, the Democrat who over the weekend officially launched his 2020 U.S. Senate campaign, that she waited years to tell her story, but when she was finally able to, she has had trouble getting officials to believe her. She said she has an upcoming court date and is fearful that the judge, too, will disregard her concern for her own safety.

Mr. Kennedy said he would connect her with someone from his office and her district member of Congress to try to help her, but he said after the meeting with a few dozen asylum seekers and advocates that hearing stories like Mary’s is a big reason he’s running. He said current U.S. immigration policy is failing these people, and he wants his campaign to highlight voices that haven’t been heard.

“How much worse does our policy need to get?” Mr. Kennedy said.

He told the group gathered at the church, which has operated the LGBT Asylum Seekers Task Force ministry for just over a decade, that he wants to work to ensure that this country’s laws and policies live up to the ideals enshrined in the founding fathers’ declaration that all men are created equal.

He said that declaration in the U.S. Constitution originally referred to “rich, white, Protestant men.” He said he wants to turn equality for all into reality. Our journey is expanding that definition, he said.