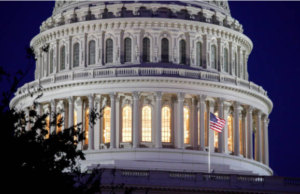 After an Oregon senator was denied access to a detention center in Brownsville, U.S. Rep. Joaquin Castro said he’s planning to draft a bill that would guarantee access to federal lawmakers visiting such facilities.

“It’s important because they’re housing vulnerable people, particularly minors,” Castro, a San Antonio Democrat, said at a Wednesday afternoon news conference. He added that it’s crucial for members of Congress, who are charged with overseeing the function of government agencies, to “have the ability to inspect these facilities.”

Castro’s announcement comes after U.S. Sen. Jeff Merkley, D-Oregon, planned to visit unaccompanied immigrant children at a detention facility in Brownsville on Sunday. Minutes after he arrived, officials from the center called the police and told him to leave the property. After a brief interaction with Brownsville police officers, the senator was asked to leave by police, and he complied.

During the incident, which was recorded on Facebook Live, Merkley said it was “unacceptable” that a member of Congress was barred from the center. Earlier in the day, Merkley had visited unaccompanied children at a Border Patrol processing station in McAllen and asylum seekers at the Sacred Heart Church Humanitarian Respite Center.

Castro said he understood that the administrators of detention facilities need notice prior to visits, but he argued that members of Congress, especially those who are high ranking or lead committees, should have the ability to make unannounced visits in order to inspect facilities.

A staffer with Merkley’s office told The Texas Tribune that they attempted to get into the facility through the proper channels several times and were rejected.

Castro and other Democrats criticized President Donald Trump and Attorney General Jeff Sessions on Wednesday over the recently implemented “zero tolerance” policy, wherein parents illegally entering the United States to seek asylum are separated from their children while being prosecuted.